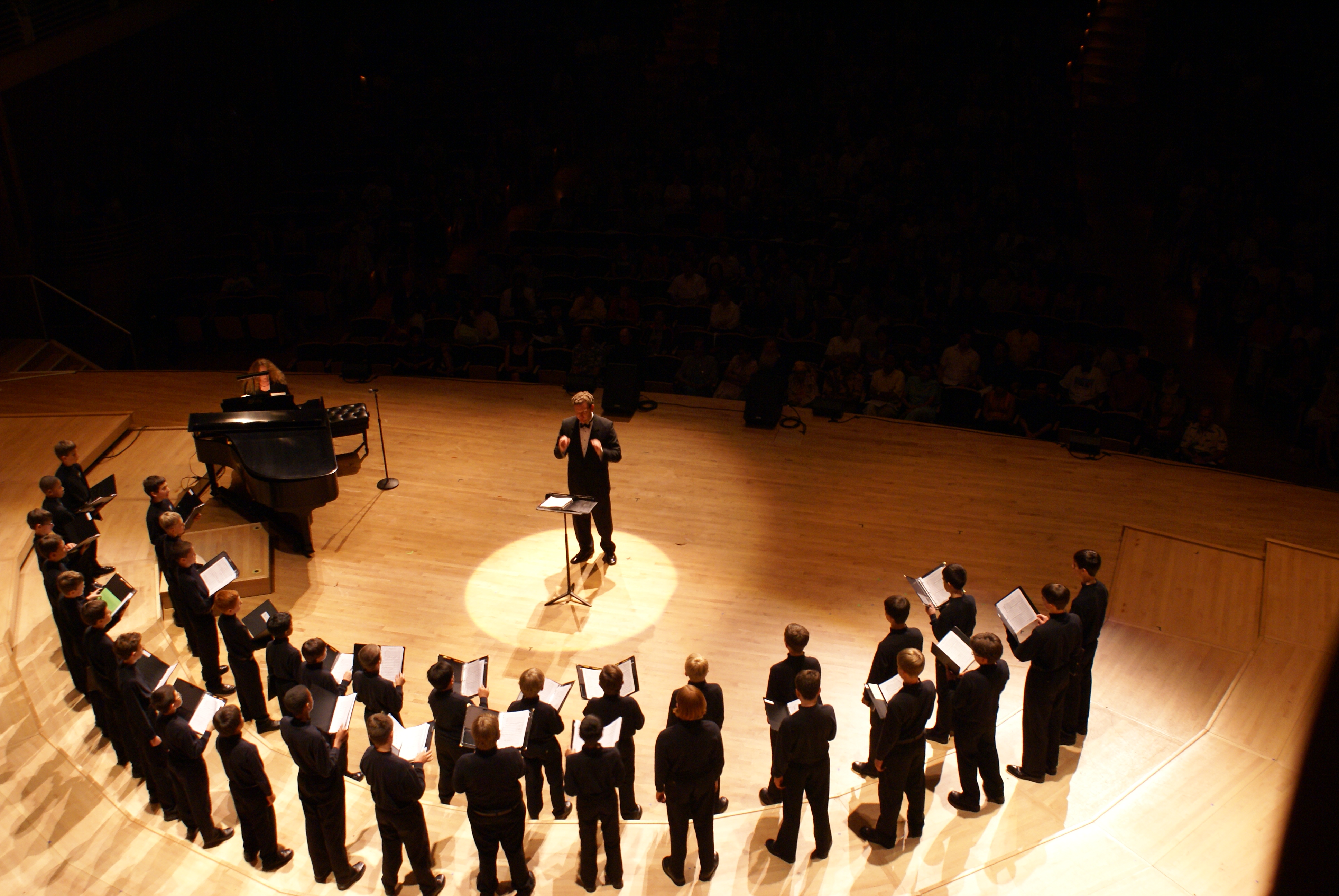 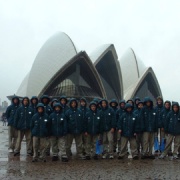 The choir travels to Australia on its first international tour. This is the start of a touring program that has taken the boys overseas each year; by now the choir has sung in every continent, most recently in Russia, China, South Africa, and Argentina. The choir creates quite possibly the world's first tour "blog" while on tour, updating the PBA website via AOL dialup numbers from across the Pacific.

"The sound these boys produce is of a quality that I have not heard
in any group of young singers performing at present."

The after-school program expands to retain boys after their voices change. 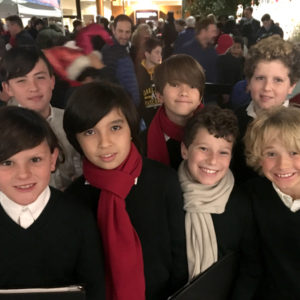 The PBA opens a fully academic school for boys in Grades 4 through 8, with class sizes limited to 15, and daily singing classes complementing the academics. It is the first all-boys school in the East Bay, and the only choir school in the western United States. The academic program is rigorous, lively, and global in its outlook. From the first graduating class onwards, PBA's boys are recruited into the most selective high schools in the area.

"With great joy I learned that you are starting a School with music at its core.
If parents and teachers would know how much easier it is to educate children who are disciplined through music making the whole world would be full of children choirs." 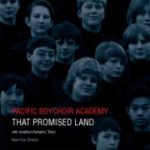 That Promised Land, the PBA's first Spirituals CD, receives the Academy of Gospel Music Award as well as the Friends of Negro Spirituals Award for Mr. Fox.

The PBA performs Rachmaninoff's All-Night Vigil ("Vespers") in its entirety, for the first time in America as the piece was premiered: with an all-male choir including boy sopranos and boy altos. 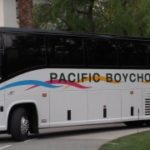 Acknowledging the transformative effect  the PBA's "preschool through high school" experience, 100% of PBA families join major donors to raise funds for the purchase of a motor coach. This “PBA bus” transports choristers and their music all over the Bay Area and across the western United States.

The PBA travels to Africa for the first time, joining up with South Africa's choir school, the Drakensberg Boys Choir.

The PBA collaborates with the Marcus Shelby Jazz Orchestra for the first time, in a concert of music by Duke Ellington and Marcus Shelby. 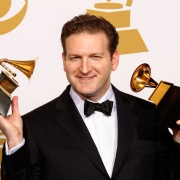 Grammys!! This time the CD being honored is Mahler's 8th Symphony, by the same team that received the Grammy for Mahler's 3rd in 2004. On behalf of the San Francisco Symphony, Mr. Fox accepts the awards for Best Classical Album and (the boys' favorite) Best Choral Performance.

The PBA performs Rachmaninoff's Vespers for the second time, with concerts in San Francisco and Oakland.

The PBA leases a long-term campus in north Oakland, conveniently accessible by public transport. PBA is the sole occupant of this campus, which includes a small theater as well as outdoor play space for the boys.

The PBA hosts the Drakensberg Boys Choir from South Africa in May, in a concert featuring a guest appearance by Yale's Whiffenpoofs.

Choristers perform with Maestro Gustavo Dudamel for the first time, at Zellerbach Hall in Berkeley. 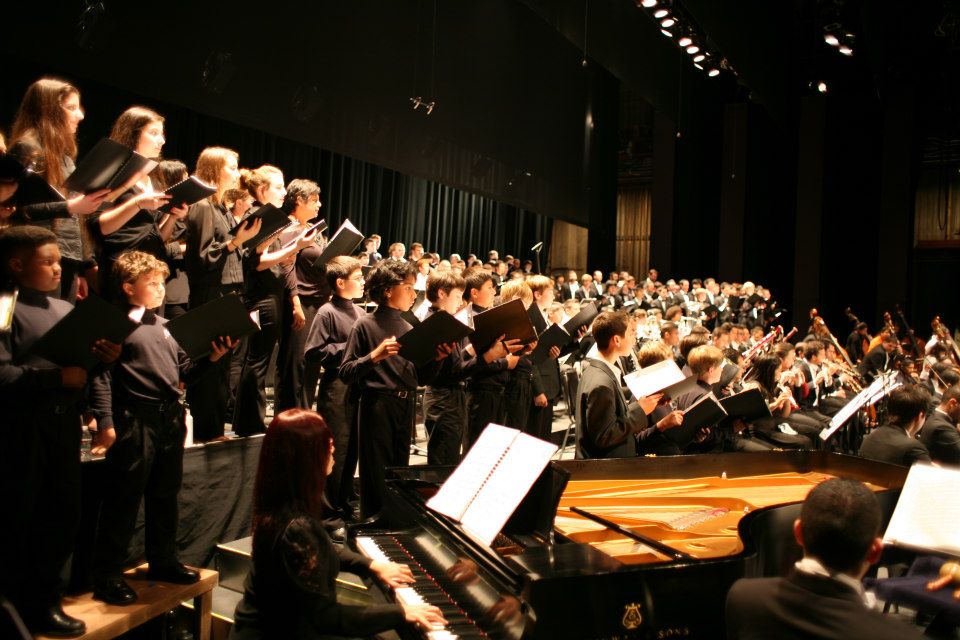 "This [PBA sound] is combined with secure intonation, sensitive blend, strong musicianship, and a rigid discipline which never inhibits the pure joy that these boys invest in their singing."

PBA is asked to appear on America's Got Talent on NBC. 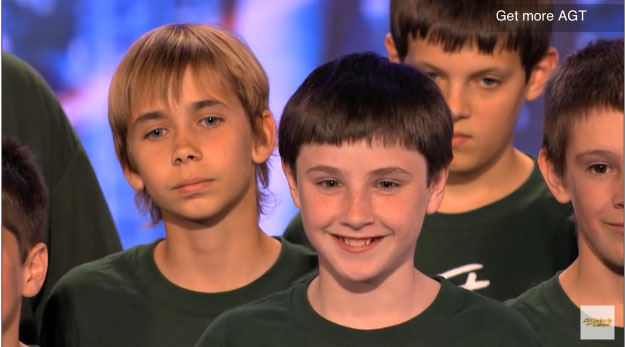 PBA performs Mozart's Requiem in its entirely, with soloists from the choir, with the Orquestra Sinfonica Brasiliera in Rio de Janiero.

With the Young Women's Choral Projects of San Francisco, PBA performs Terry Riley's Another Secret eQuation with the Kronos Quartet for their 40th birthday party concert at Zellerbach Hall. 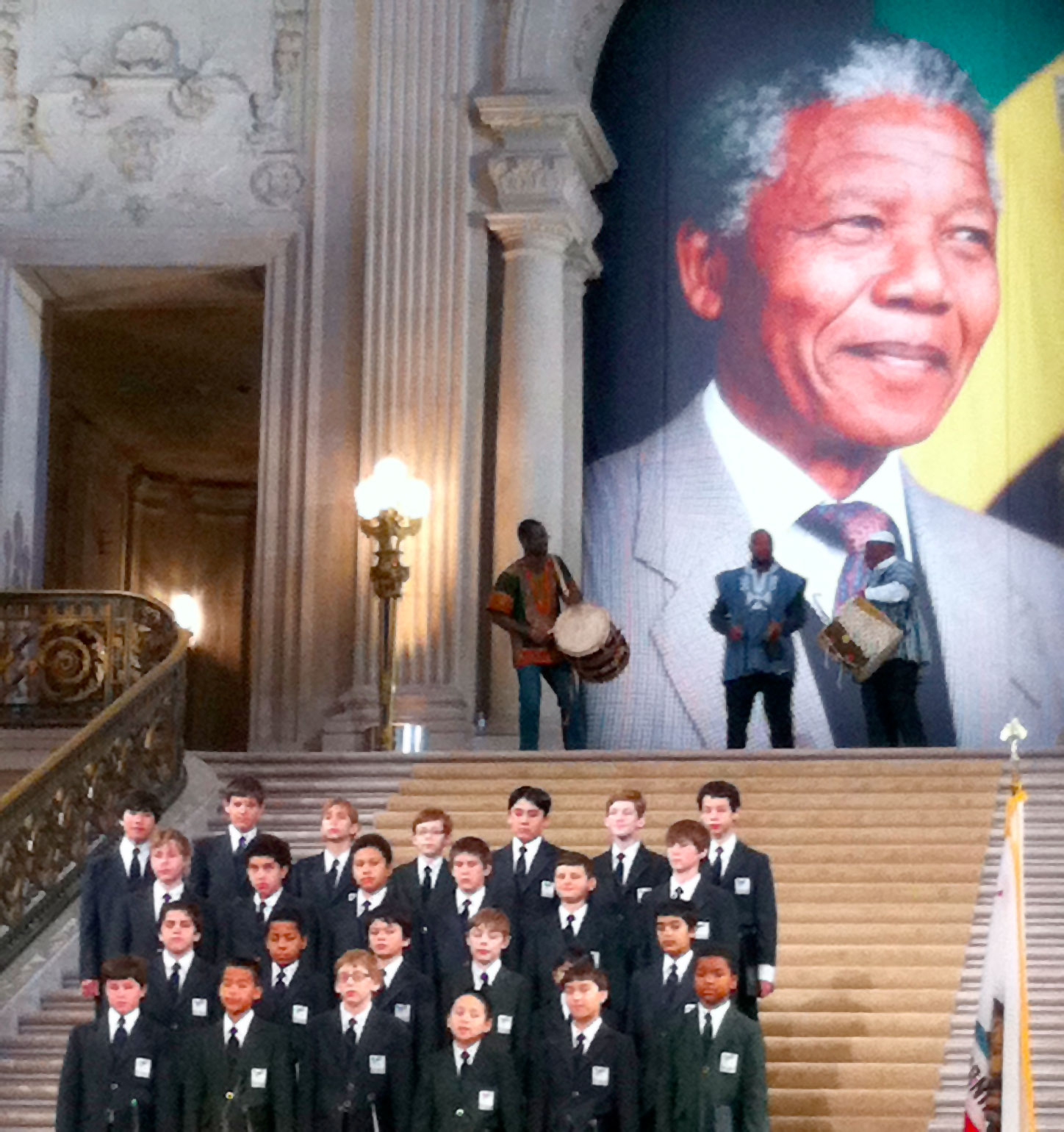 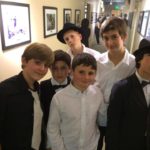 PBA performs at the Fox Theater in Oakland for the Magik*Magik Orchestra's fifth birthday party, with indie rock groups such as Geographer, John Vanderslice, How to Dress Well, Zöe Keating, Rogue Wave, and The Lonely Forest.

PBA records and performs "Homeless" as part of the UnderCover Presents Graceland concerts. 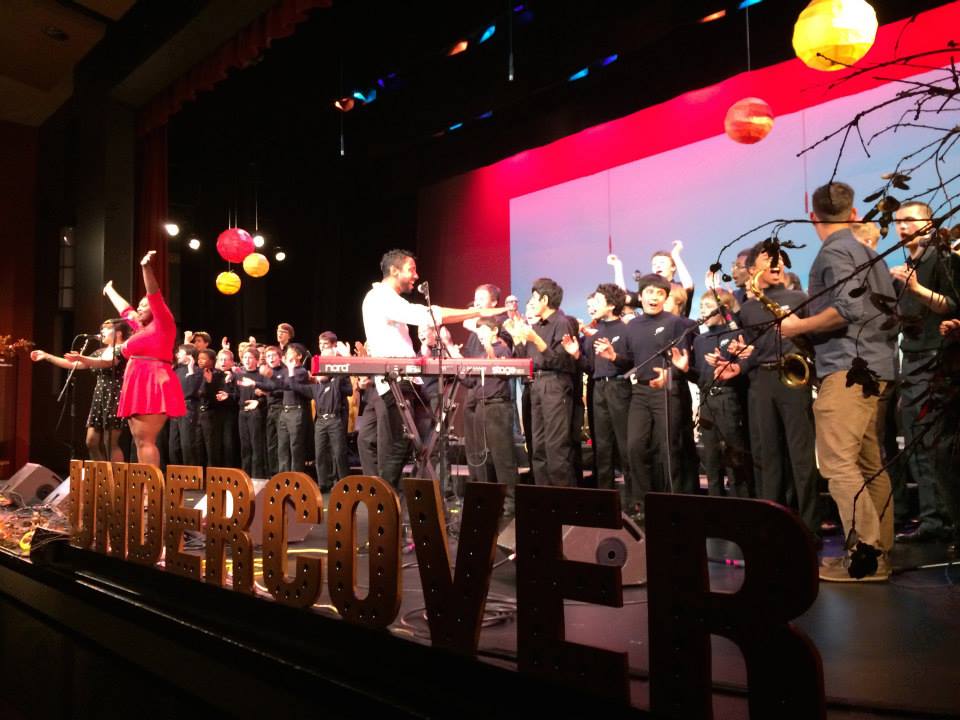 "This [PBA sound] is combined with secure intonation, sensitive blend, strong musicianship, and a rigid discipline which never inhibits the pure joy that these boys invest in their singing."