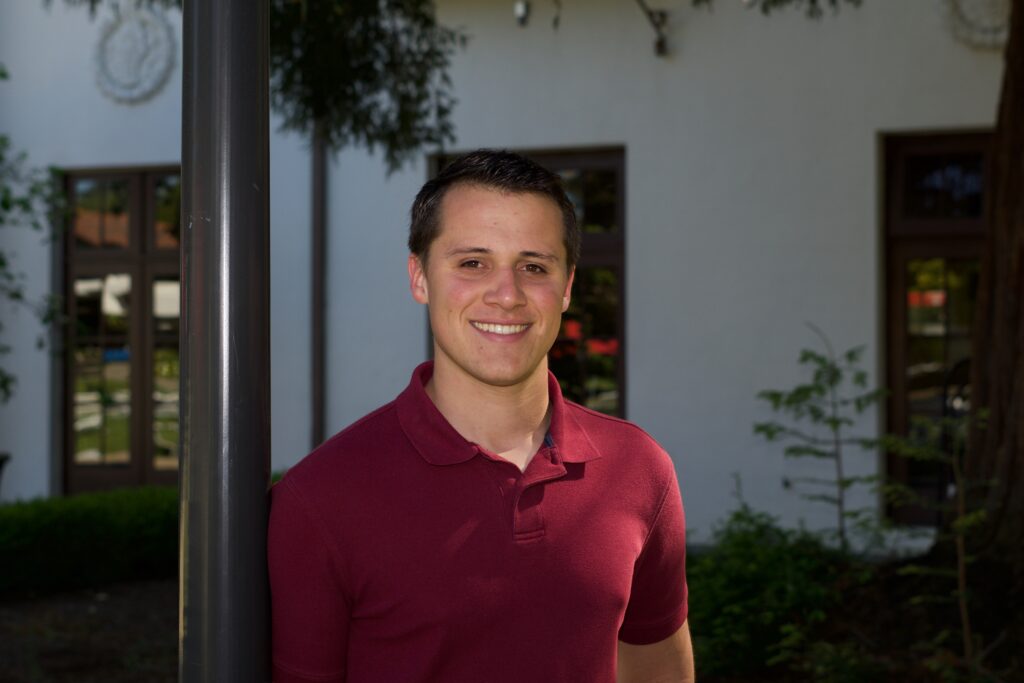 Peter has been a part of Pacific Boychoir since the age of 8, and has sung in all the PBA choirs, and was also a member of the day school. While in the choir, Peter traveled to Canada, Denmark, Italy, Argentina, Hungary, China, Russia, the Baltic States, and Brazil, as well as numerous locations throughout the United States. He is one of the choristers on the Grammy Award Winning Mahler 8 recording with San Francisco Symphony, and can also be heard on the PBA albums Show Me The Way and Sweet Dreams.

Peter attended Saint Mary’s College of California where he earned his BA in Anthropology and Vocal Music. While at Saint Mary’s, he performed with the Chamber Singers and Glee Club under the direction of Dr. Julie Ford, and studied voice with renowned Estill Voice instructor Kelly Burge.

Along with his duties at PBA, Peter is a professional singer who performs with numerous Bay Area ensembles including the Grace Cathedral Choir of Men and Boys, American Bach Soloists, Marin Oratorio, Berkeley Symphony. He also maintains an active private voice studio.