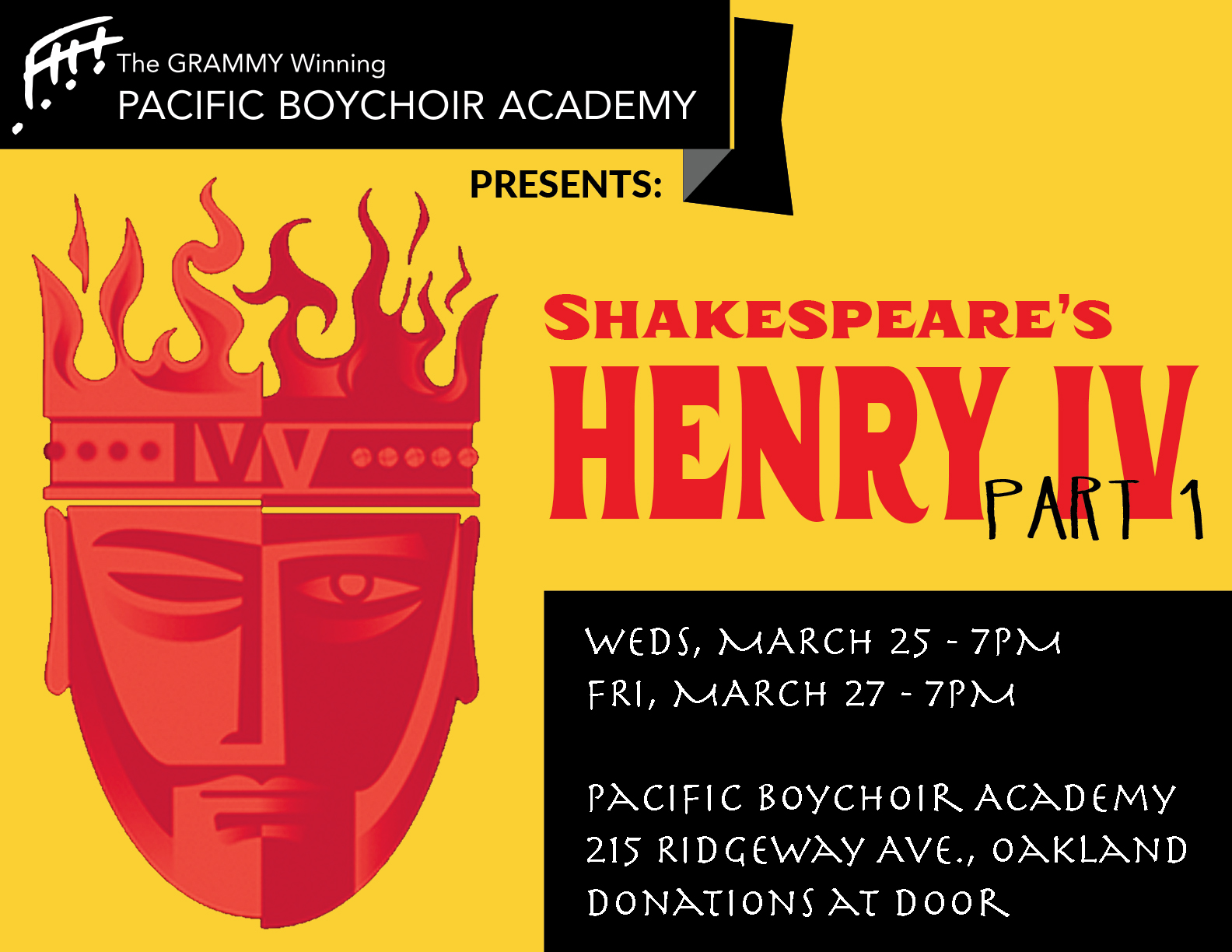 Performed by Pacific Boychoir Academy Middle Schoolers, Henry IV, Part 1 tells the story of Prince Hal, the heir to the English throne, who loathes the rituals of life at his father’s court and prefers spending his time loafing in the Boar’s Head Tavern and pickpocketing travelers with his friend Sir John Falstaff and other denizens of the bar. Here’s the problem, though: Hal’s father, King Henry IV usurped the throne from his predecessor and is now beset by rebels who would like to follow his example and become king themselves. Young Henry Percy, known as Hotspur leads the rebels, and the play culminates in an epic battle between Prince Hal and his more ambitious cousin.

Join us as we honor the incredible achievement that is middle school boys presenting hundreds of lines of iambic pentameter from memory in this classic unabridged masterpiece.

Donations at the door