Cyrano – A Successful Return to the PBA Stage

How does a group of 3rd-8th grade boys put on a three-hour, breathtakingly thrilling, romantic tragedy with less than 3 months to rehearse? Well, according to the laughter and gasps from the nightly full house, they do it PERFECTLY. The young actors of the Pacific Boychoir Academy took on quite a challenge upon their return to the in-person stage, performing Edmond Rostand’s 1897 verse drama, Cyrano de Bergerac.

Director Bethany Edstrom was somehow able to keep this notoriously funny, yet heart-wrenchingly sad piece, faithful to the Parisian original, set in 1640.

With the help of our community, including Edstrom’s own mother Karen Ratto, and long-time PBA supporter, Carol Copperud, the acting was on point, the costumes were stunning, many even made by hand, and the challenging set-design made this “the most visually appealing play in years,” according to an audience member.
On the heels of COVID, months of online learning, political unrest, and a country divided, the ambitious actors were able to empathize with, and embrace, the complex themes of loss and separation, which seemed more appropriate now than ever.
Despite the phenomenal acting of the two boys sharing the role of Cryano, or the impeccable portrayal of the Marie Antoinette-esque Roxanne, this was undoubtedly an ensemble piece. From the scene where students were baking and learning about verse to the expressions of hilarious nuns, or the angry spectators waiting for a play, to the comedic desperation of the starving and parched troops on the battlefield, this was a theatrical work of total collaboration, and as a result, it was a total success. 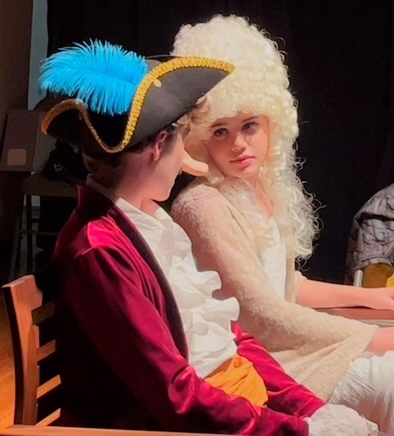 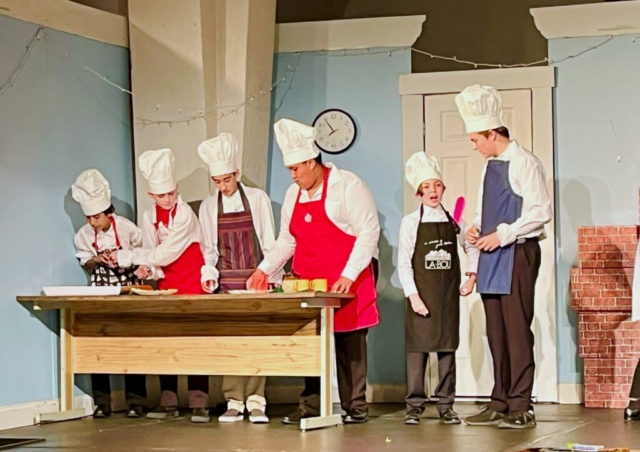 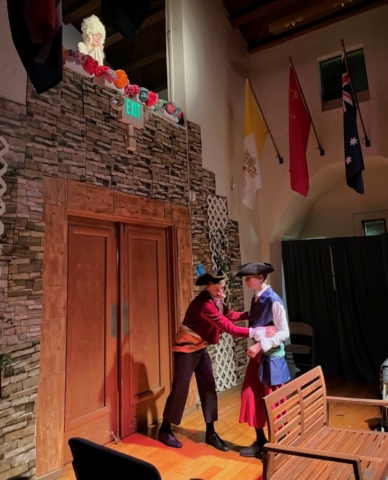 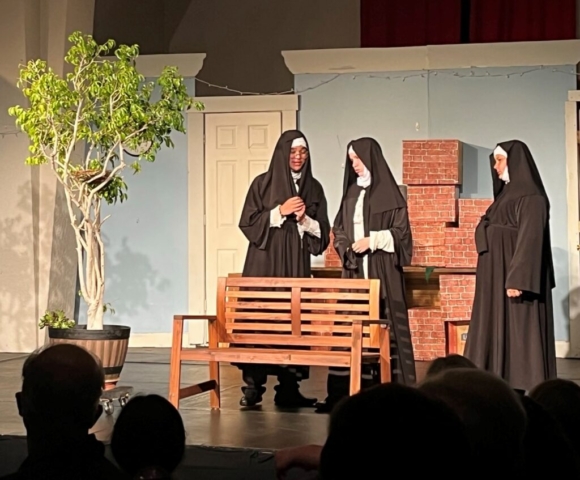 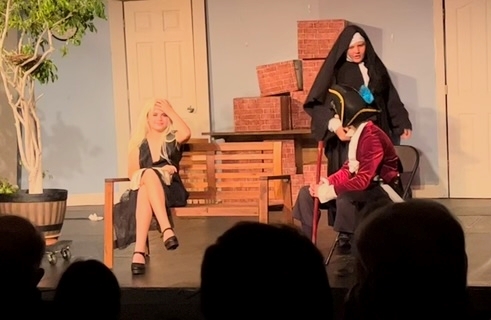